The Yorkville University Community Share Their Best Reads of 2016

Although the New Year is well underway, it is never too late to reflect on a year of great literature and perhaps find your first read of 2017! We have compiled a list of some of Yorkville University’s faculty, staff, alumni and students’ most beloved books from 2016.  Some of these were newly published in 2016, and others are just perennial favourites.  There is sure to be something here for everyone! 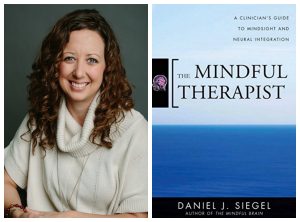 “The Mindful Therapist” is an incredible book that not only changed the way that I approach therapy with my clients but also helped me personally – with my mindful awareness and insight into my experience.

Daniel Siegel has a charming way of explaining complex concepts in a simple and easy to understand way. I have recommended his work, and used many of his exercises and explanations, in my work with my clients. 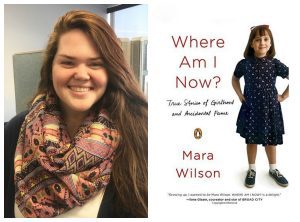 Why Not Me? By Mindy Kaling

Talking As Fast As I Can, By Lauren Graham

Where Am I Now? By Mara Wilson

I couldn’t restrict myself to just one book! So I have three picks for the best books I read in 2016. “Talking As Fast As I Can”, by Lauren Graham. “Why Not Me?” by Mindy Kaling and “Where Am I Now?” —and they are all great.  “Why not me?” is a continuation of Mindy Kaling’s first book “Is Everyone Hanging Out Without Me?” In many ways, it’s about standing up for yourself.

Mara Wilson’s book called “Where Am I Now?”, is about her experience as a child actor.  When I was growing up, I always watched her movies, like “Matilda” and “Miracle on 34th street” so it was cool to see what she’s up to.

Wilson left Hollywood to become a writer, and she now writes for “Cracked” the satire website. Cracked is a site about random relatable things—good mind-candy if you just want to pass the time. It was interesting to see how all 3 of these women didn’t start their true paths in life until they were a little bit older. Mindy Kaling got her first job writing in Hollywood when she was 23, which is the same age I started working for Yorkville!

Lauren Graham’s story is really about determination and going for it.  I like funny people, and these books are funny and fun. 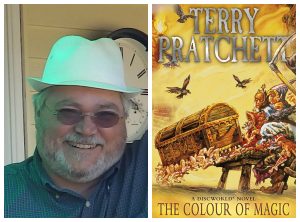 The Discworld Series by Terry Pratchett

I have been engrossed in if one were to adopt a snobby academic tone to it, ‘the Discworld canon’. That is, a very long series of novels (41 altogether) in the category of humorous or satirical fantasy, all written over almost 30 years by one of the funniest and cleverest writers of our (or at least my) generation: Terry Pratchett.

I have always been a fan of the fantasy genre (Tolkien et al), and an avid collector of myths, fables and other fantasy literature. Pratchett’s Discworld series (41 novels) is both a loving parody of the many tropes and characters of world mythology and fairy tales (think wizards and witches, dwarves and trolls, kings and princesses, gods and goddesses, but also werewolves, vampires, zombies and golems) who all live (except Death, one of the more profound main characters who shows up throughout the series) peacefully (more or less) in a medieval world that is literally flat (i.e., a disc), and a scathing satire of modern foibles and technology. It’s Game of Thrones meets Monty Python, and I will admit entirely addictive. I am on book 38 of 41 at the moment, and I haven’t really read anything else in my spare time for over a year. And far from thinking “my goodness, I’ll be glad when I finally get to the end of this”, my inclination at the moment is that I may well start at the beginning again.” 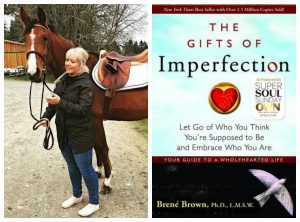 The Gifts of Imperfection by Brene Brown

In this book, Brown does a beautiful job of candidly discussing the elements in life that tend to hold us back from living a wholehearted life.  It was an easy read but had an extremely powerful message!

“The Gifts of Imperfection” was seconded by MACP alumnus Mindy Tofollo-Bilotta, who says, “I recommend this one to many of my clients and explore each of the guideposts with them by assigning readings for them to discuss during follow-up sessions. I would also recommend Rising Strong and Daring Greatly, also by Brene Brown.” 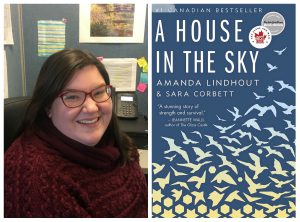 A House in the Sky by Amanda Lindhout
A House in the Sky is about a woman who starts her life off poor, without very much, but she gets an urge to travel, inspired by the National Geographic magazines that she would find in used bookstores. She loves travelling so much that she only comes back to her hometown of Calgary so that she can work to make enough money to go travelling again. I  recommend this book because there is something in it that everyone can relate to—the central character didn’t have a lot of opportunities, but she was struck by the need to find all these new and interesting people and to change her perspective. I feel like I’ve done that too, even though I’m not a very seasoned traveller! It’s not terribly suspenseful because we know that the main character does get kidnapped, and the reader is right there with her.  It’s a very important lesson in growth and the challenges we all face.  Maybe you’re not going to be kidnapped (we hope!) but we all run into pits that end up knocking us down sometimes. A very inspiring book! 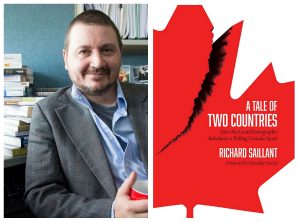 A Tale of Two Countries By Richard Saillant

“A Tale of Two Countries” concerns the nature of an oncoming demographic crisis in the Maritimes, but affecting all of Canada as well.  The crisis point concerns the many services that we wish to sustain.  Oddly enough, the Canadian government’s informal or perhaps unintentional policy over the decades has been to ensure ‘fairness’.  Individuals are willing to pay more in taxes to ensure fairness of services in ‘have not’ provinces…which is to say Canadians value fairness highly (though wealthy provinces always resent supporting economically deprived ones).

However, the current trajectory of our finances given the aging population will soon reach a crisis point.  We simply won’t have the tax basis to sustain a cherished Canadian value of fairness.  It will take a population influx, or boom, and a reason for that population to stay in the Maritimes to combat the crisis.  This raises many indirect issues as it pertains to our students.  An aging population here means that students practising in certain regions will have to adapt to drastically different age ranges… different ages means a potential for various mental health issues.

The book will seem very dry in the opening pages with a lot of statistics…however…the last three chapters are golden with a revealing insight into the history of progress in Canada, but also challenging some of our dearest held beliefs about the quality of our healthcare and the unity of our country.

Another from Paul Graham—Yorkville University Librarian

“Steve Jobs” does not address some of the hard criticism of Apple products, such as the suicides of those producing the components in China or the environmental degradation caused by the making of the products.

However, even a democratic communist such as myself gained an appreciation for the entrepreneurial spirit of managing a company and evolving a business.  We are given a very good example of an obsessed soul, someone who refuses to settle for the second best answer to a problem…but is just as concerned with the appearances of an object and how that affects a person emotionally.  In that sense, the biography embodies a saying by Wittgenstein that Ethics and Aesthetics are one.

Our MACP students should know that his success was definitely not the result of his vision alone.  He relied on technical experts, marketing teams, he had to learn and re-learn computing, sales, and team management…he didn’t mind ‘borrowing’ an idea or two from competitors…such as graphic user interfaces that were developed by Xerox (not Apple!) Yes, he was a micromanaging pain in the backside…and had a vision he wanted championed to the point of exhaustion…but…he needed others to help fulfill that vision. Even Jobs needed a community…whether he liked it or not! 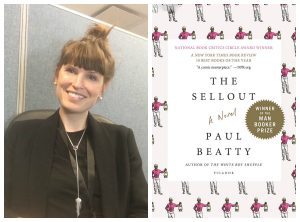 The Sellout by Paul Beatty

The Sellout is poet and fiction writer Paul Beatty’s most recent novel. The book was published this past year, in 2016, and is also the 2016 Man Booker Prize winner, not to mention the first book by a US author to win the Booker since the award criteria were broadened. It’s a brilliantly original, searing satire of racism and identity politics in the US, and manages to skewer all the players, hilariously, while at the same time bringing into sharp relief the longstanding horrors and repercussions of systemic racialization and racial oppression. An immersive read, albeit at times an uncomfortable one, as the best parodies often are. 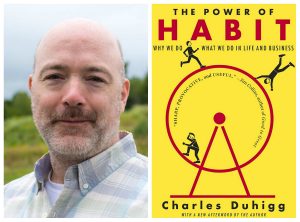 The Power of Habit by Charles Duhigg

This is a fantastic little book that discusses the latest research on habits. I was so impressed with this book and its accompanying website, that I now make regular reference to it in the Addictions course I teach. “The Power of Habit” would be of great relevance for future/practising counsellors.

Also from Peter Hall: Quiet: The Power of Introverts in a World That Can’t Stop Talking

“Quiet”, is another fantastic book of great relevance to future/counselling counsellors. Discusses the latest research on introverts – clarifies misconceptions about the personality type, difference between being introverted vs. shy, etc. This would be a useful book for clinicians using it for self-development (e.g., critical self-reflection) and for understanding introverted clients. I made reference to this book when I taught the personality course in 2016, and would again if I teach that course in the future.