When it came time for Chief Petty Officer 1st class (CPO1) Paul Stonier to retire from a nearly 40 year career in the Royal Canadian Navy, he said he wasn’t ready to just sit back and relax.

Instead he has set his sights on a second career in civilian life and has enrolled in Yorkville University’s Bachelor of Business Administration (BBA), which is offered online and delivered out of Fredericton, New Brunswick.

A 36-year-veteran of the Navy, CPO1 Stonier is a Career Manager, meaning he oversees moving about 900 different service people into new naval jobs, ensuring they are qualified for their new roles.

“This is why I picked the BBA,” CPO1 Stonier said. “It really dovetails into my most recent experience. For the past 10 years I have been doing nothing but management, whether it is technical or business type stuff or human resource management. ”

CPO1 Stonier is set to retire, in Jan. 2015, but as of this past July he is on Vocational Rehabilitation, a Canadian Armed Forces support program is available to ill or injured service people.

“My knees are shot from years of jumping around steel decks,” CPO1 Stonier explained. “So I will still be in the Navy, but my job will be studying for the next six months. It is a pretty good job.”

The program aims to help people like Stonier retrain for civilian life. With the support of this program he has enrolled in Yorkville University’s Bachelor of Business Administration Degree.

Originally from Kamloops, B.C. CPO1 Stonier was in Sea Cadets when he was younger and that exposed him to the military life. So when he was kicking around after high school, trying to figure out what to do, he thought he would give the Navy a shot for a few years.

He joined the Navy on July 4, 1978, when he was just 18-years-old. He trained and served as an Electronics Technician, for his first 20 years in the Navy.

“As you work your way through the different ranks and you get promoted then you become further removed from turning a wrench as we call it,” CPO1 Stonier explained. “Then you manage those guys, so on a ship, after 20 years, I was managing small groups of guys fixing weapons systems and stuff like that.”

He continued to rise through the ranks and spent four years as the senior instructor at the weapons electronics school, overseeing a dozen instructors teaching repair and maintenance of ship borne radar, fire control and other electronic systems.

“I had lots of great travel, lots of great experience,” CPO1 Stonier said. “Working on a ship is all team work… It is interesting, challenging and there is always something to learn.”

Now on the eve of his military retirement, CPO1 Stonier, who currently lives in Ottawa, said he sees himself working for the next five or more years with military contractors.

“But, I don’t have a qualification, which means I would top out at the same level I am at now,” CPO1 Stonier said. “I needed to get something behind me so I can move up.”

Eventually CPO1 Stonier wants to do consulting work with the military, but study is an important part of that plan and online delivery is ideal because he can work at the same time.

“You can’t just say ‘I have 36 years of experience’, if you want to consult in Human Resource management or management leadership and that type of thing,” CPO1 Stonier said. “So I need to have something and the BBA was a really good fit for me.”

Another huge benefit to attending Yorkville University, CPO1 Stonier said, is that the school recognizes some of his military training because of a Prior Learning Assessment and Recognition (PLAR) review conducted by the Royal Military College on military training programs. This review left the door was open for Yorkville University to take a closer look at Stonier’s application. They found that the RMC had already recognized a number of course he had taken as university level equivalency.

On that basis, Yorkville University was able to admit him to the BBA with a significant amount of advanced standing. 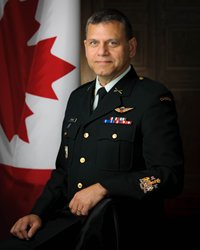 The school’s decision to recognize certain military training service allows non-commissioned members to apply for and be accepted into Yorkville University without having to start their degree from scratch, according to Etienne DeGready, the manager of Non Commissioned Member Professional Development for Canadian Defence Academy.

“The PLARing system to recognize some of our courses and training, it is a big plus for the member, first, to be recognized for some of the training and education they have done throughout their career, and also an incentive for them to join the program,” DeGready said.

He added that the fact that Yorkville University offers its programs online also means that military members can study on their own time to complete their degree with out the worry that an all too common geographical transfer would interrupt them.

DeGready said during the last decade the interest in pursuing a degree through online courses has really picked up among non-commissioned members. In fact, DeGready said his team is working to build accreditation by post secondary institutions into the next generation of professional development.

“If you want to get somewhere in the forces you do have to study and you do have to do a whole gamut of courses,” DeGready said. “You have to learn new jobs all the time and adjust to new environments.”

Having an undergrad degree will help members transition to civilian life, but all courses help members to better analyze, process, develop arguments and be more effective at their jobs, DeGready said.

“It is not just to get accreditation for transition to civilian life, it is also for our day to day business where we are looking at non commissioned members having better intellectual development,” DeGready said. 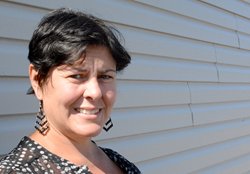 Yorkville University’s Dean of Business, Jana Comeau, said she believes the university will also benefit tremendously from tapping into a population of people who have worked hard their entire careers, who understand the concepts within the BBA curriculum and think critically.

“The way our program is structured we are able to accommodate a highly skilled group of people who don’t have the same pathways to traditional universities,” Comeau said. “We see military personnel as highly skilled and being able to bring a perspective into the class room that is different from current students and the more perspective you bring into the classroom the deeper the learning for everybody.”

CPO1 Stonier’s admittance into the BBA at Yorkville University, Comeau said, is seen as a seed for a much broader partnership.

“This, we think, will lead to a very meaningful partnership with the Canadian Armed Forces in the future,” Comeau said. “We want to grow this program one partnership at a time. The BBA inherently becomes enhanced through partnerships, both academic and professional.”