One of the last promises Jackie Densmore made to her cancer-stricken mother as she lay on her deathbed 13 years ago was that, one day she’d make her proud and obtain her teaching degree.

And so it was that on Aug. 16 of this year, on the eve of embarking on her third Enbridge Ride to Conquer Cancer in her late mother Donna’s memory, Densmore received an email from Yorkville University that made her break down in tears. 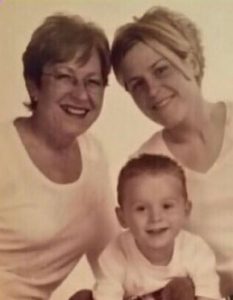 She’d finally succeeded in doubling down on her vow to her mother, and completed her Master of Education in Educational Leadership.

“I bawled my eyes out. There was a lot of crying and tears the night before the Ride,” said the 43-year-old single mom from Cold Lake, Alberta, who tackled the arduous 200-km bike trek alongside her 18-year-old son, Teagan, and 70-year-old, cancer survivor father, Terry. 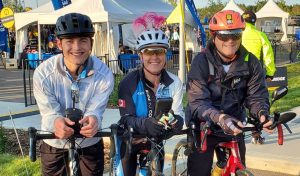 “As soon as I got that notice (from Yorkville), I hopped on my bike the next day and it was like there were no hills out there. I felt so light. I just shut my mind off and really reflected on how far I’ve come and how proud my mom would’ve been.”

For Densmore, the journey to achieving her Master’s degree was one that began and ended at the Nelson Heights Middle School building – where she herself was once a struggling student, and where she now teaches Grade 5.

“I wasn’t a stellar student in school. I spent more time on a court playing sports than I did doing any kind of academic stuff, so I didn’t think I could ever be a teacher or that I was good enough to be a teacher,” Densmore said, noting that it was the example her mother set as a dedicated foster parent that influenced her decision to pursue teaching as a career. 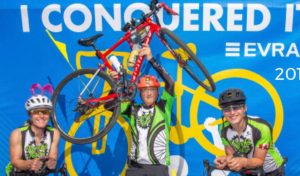 “There were always kids coming into our house that my mom took care of and got back on their feet. She was the caregiver of everybody.”

Emulating that selflessness, Densmore got her start in the field of education as a student aide at Nelson Heights – where she worked for seven years with some of the toughest, yet ultimately most rewarding students with behavioural and special needs.

Then, just as she’d begun to consider pursuing her teaching degree, Densmore received that fateful call in September 2004 that would change her life forever – her mother, her “rock” had been diagnosed with a rare form of terminal cancer, and was given just a few months to live.

Densmore immediately packed up her bags and showed up on her mom’s doorstep with toddler Teagan in tow: “She was just an amazing, caring lady. She was one of those gems who held everything together…and I wanted to return the support, love and commitment I had received from her throughout my life.”

While simultaneously acting as her mother’s caregiver for the last year-and-a-half of her life, Densmore also enrolled in night classes at the University of Alberta in pursuit of her teaching degree.

“I started it when my mom was sick with cancer, and after she passed away, I decided to head out of town and go finish off my degree,” said Densmore, who, after graduating, worked as the Phys Ed lead at LeGoff First Nations Reserve, before landing her current job as Nelson Heights’ fifth grade teacher.

“I wasn’t sure I could do it without my mom’s support, but now I’m so glad that I did, because it’s just so amazing and rewarding.

“And now, to be able to get to the next level and get my Masters, it blows my mind that I was able to do that.”

As with the Ride to Conquer Cancer, Densmore said there were many points along the road to earning her Master’s degree that she wasn’t sure she could make it – especially while juggling her studies with both single motherhood and her full-time teaching and coaching duties.

It’s an accomplishment she said she wouldn’t have been able to achieve without the support of Yorkville’s faculty.

“I need to give a shout out to those special instructors who believed in me, and pushed me, and told me to never give up no matter how tough things got,” she said, calling her time at Yorkville one of “amazing experience and growth.”

“This whole experience helped me realize that, no matter what life throws at you, you always have to believe in yourself and never give up on your dreams ­– because you never know how far you can go when you set your mind to it.”

While Densmore said she initially enrolled in Yorkville’s Master of Education program in order to set an example of lifelong growth and learning for her son, she now sees her degree as an opportunity to foster growth even further afield – both in her classroom and in her school as a whole.

“I would love an opportunity to help teachers grow to their fullest potentials, as that will trickle into a whole school of growth, which to me is amazing,” she said.

“I definitely chose a career I am passionate about and love. It’s one of the toughest jobs out there, but it’s one that’s overwhelmingly rewarding. I would love to continue moving up and forward in my career, so that hopefully I can make a positive impact on more than just one classroom.” 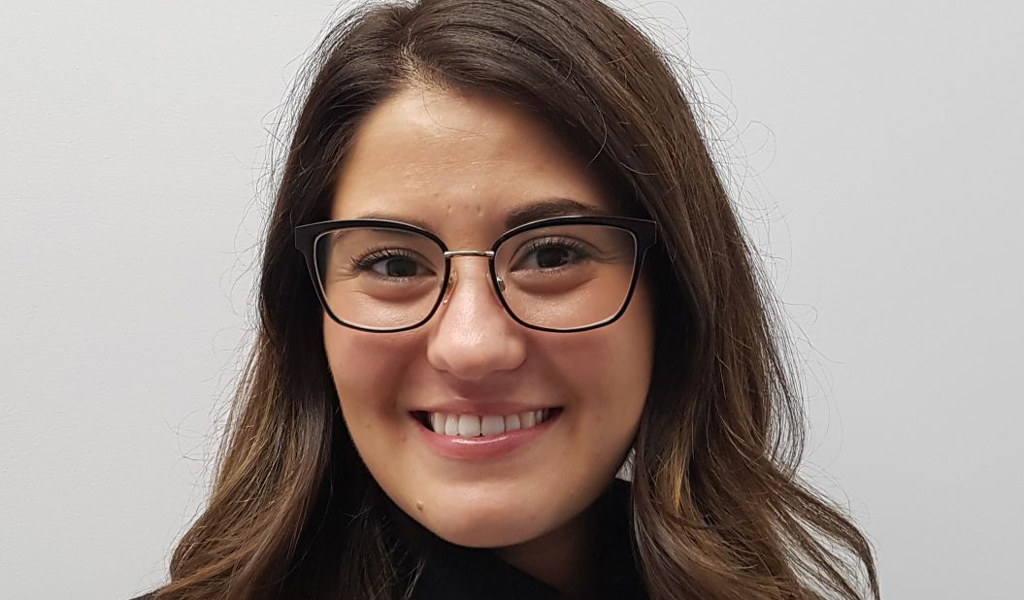 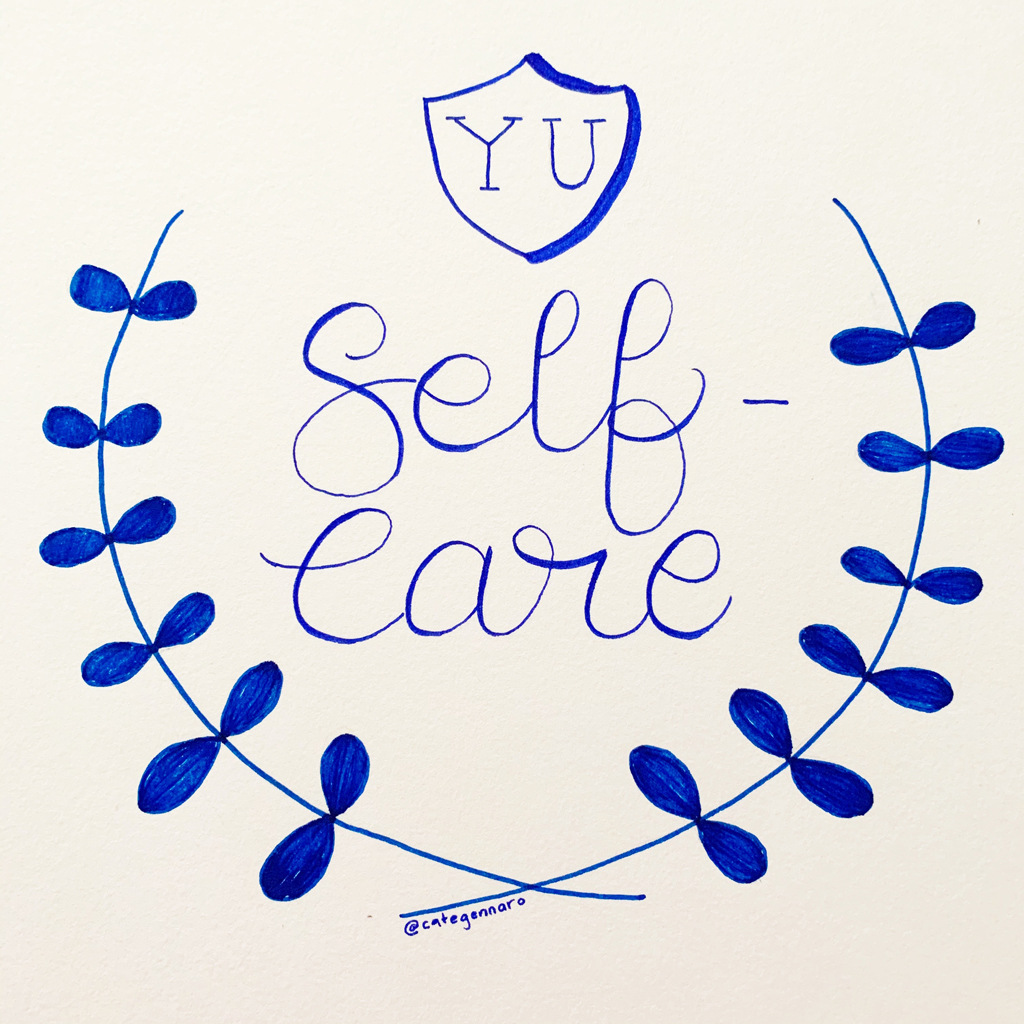 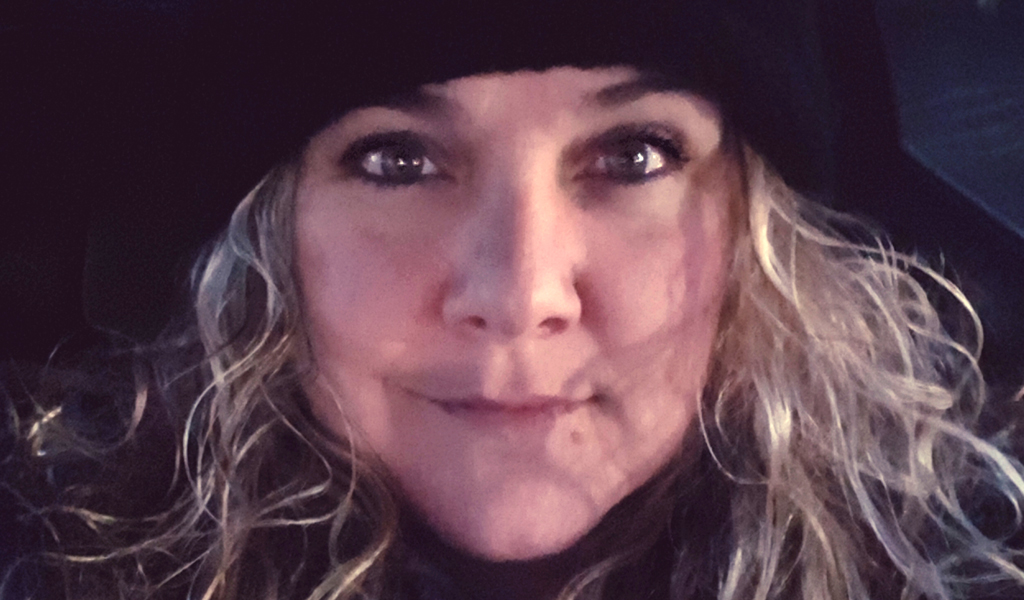 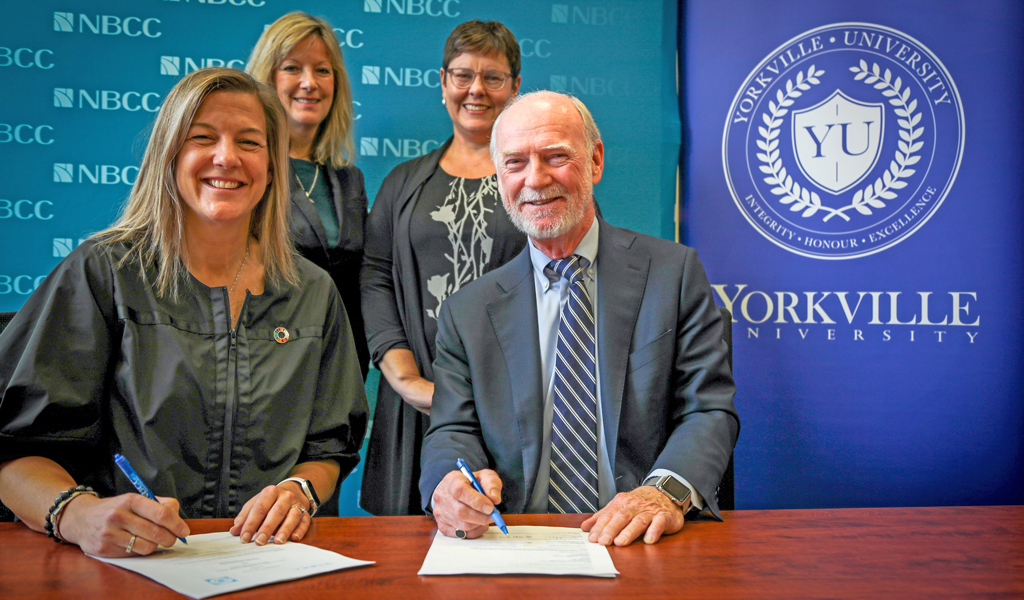 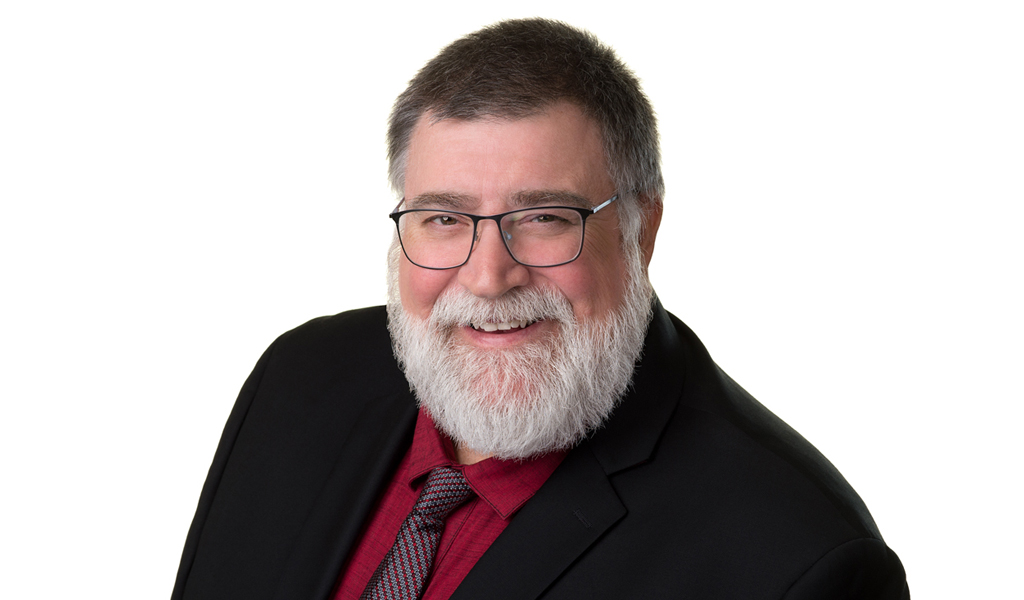 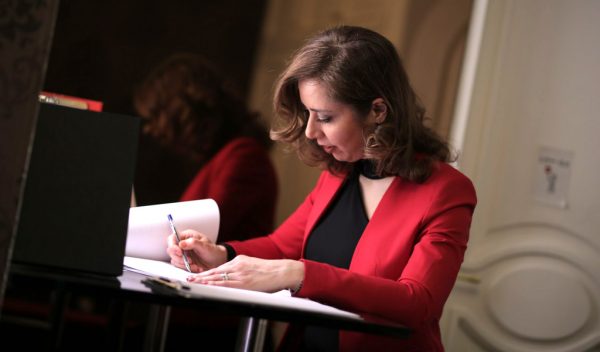