When Ian Matheson, a recent graduate of Yorkville’s Master of Education in Educational Leadership, joined the military at age 22 as a sonar operator, his focus was anything but academic.  But throughout his more than 20 years of service, which involved travelling to 44 different countries, Matheson eventually found himself moving away from working on ships and gravitating towards management roles. He came to realize that academic training and accreditation were essential to allowing him to approach the important task of initiating changes to the organizational structure of the military as a training development officer with confidence and skill, and for inspiring his fellow military personnel to follow his authoritative lead. 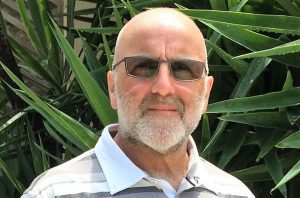 Matheson describes himself as “a bit of a late-bloomer”, but by anyone’s standards, the 51- year old has realized some remarkable accomplishments, especially for someone whose focus when he joined the military as a young man, was not necessarily scholarly.

“When I joined, I did everything physical that I could possibly do, and then I said ‘Ok, let’s see if my brain works,’” he said.  “With enormous support from my wife, I started taking some courses.  I myself was instructing in Halifax, and a university started offering courses where I was working.  I was able to finish my BA part-time, in just four years.”

Matheson was 36-years-old when he started his bachelor’s degree and 40 when he completed a Bachelor of Arts in Political Science with a focus on constitutional law and Middle Eastern history.

“I definitely put a lot of effort into it,” Matheson admitted, with pride.

He is now the training team lead in the business change management section of the Department of National Defense, and Matheson’s responsibilities are considerable.

“We’re taking the human resource system that was started in the early nineties and upgrading it.  This will directly affect eighteen thousand users in terms of policies and procedures, and it will indirectly affect the entire Canadian Armed Forces,” Matheson explained. “Yorkville’s courses in business change and organizational change were exactly relevant to what I’m doing right now—the courses fit perfectly.  In fact, Yorkville was fantastic—my Master’s was the first time I’ve been involved in an online course that I really felt like I was a part of, instead of just going through the motions.  I felt very connected while I was doing the Master of Education in Educational Leadership—the staff were super-supportive, the professors got back to people right away when they needed help, and the work we did in self-reflection and critical thought really helped me to be a better planner.”

The fact that the Yorkville University Masters of Education in Educational Leadership incorporates not only processes, policies and management but also reflection and personal relationships in a holistic sense, was especially important and relevant for Matheson in his current and emerging management position.

“[Organizations] can try to say they’re an organism moving forward as one unit, and that’s what we do, but to get real buy-in, you have to look at the individual and to get that individual to understand that this is a good thing, and it’s going to benefit everyone in the long run,” Matheson said.

Ian Matheson’s Master of Education in Educational Leadership was declared complete in January 2017, and he is looking forward to being present for the graduation ceremony in Fredericton, in June of 2017, which is only ten days before he will be deployed for a year to the Middle East, to work on a project that will involve Matheson leading efforts to improve the professional image and comportment of other armed forces and police departments. 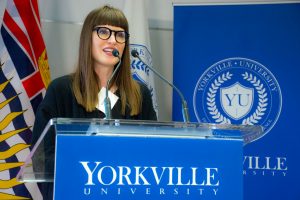 Contributed by Yolande Clark. Yolande is Yorkville University’s Alumni Relations Officer. In addition to connecting with Yorkville’s amazing alumni, she loves to read and to spend time with her family.

To find out more about Yorkville University and its programs click here (http://bit.ly/1nTGLoC)