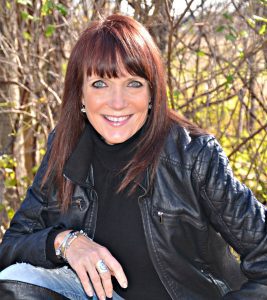 For most of Valerie Remple’s life, she was told she was “slow” simply because she learns differently than other students.

“I spent my life hearing from others that I’m stupid because of dyslexia, and ‘thank God you’re pretty.’  And I still [hear] that,” Remple explained.

Despite these bleak predictions, Remple went on to become an acclaimed photojournalist and social-justice activist.  She has traveled extensively in Haiti and Cambodia, and has dedicated much of her life to helping others.  Now, Remple is taking her education and motivation to help to the next level by pursuing her Master of Arts in Counselling Psychology (MACP) at Yorkville University.

Remple had toyed with the idea of returning to school for some time, but it was during a trip to Cambodia that her decision to apply to Yorkville University was solidified.

“I was there, watching Cambodian women fighting for their lives, and fighting to put food on the table, and use doing everything they could to be better—better women, better mothers, better people, and the light went on.  I thought, ‘I have to do it. I can’t make any more excuses,’” Remple explained.

But she had reservations, including an aversion to being ridiculed again as she had been earlier in her education.

“It’s not fun having dyslexia…but on the other hand, I think outside the box, and I know I look at things in a beautiful way,” she said.

However, her fears were soon put to rest upon enrolling at Yorkville University. With the help of her professors at Yorkville, combined with a steely determination and a resilience honed by surviving her share of adversity, Remple is finding creative ways to thrive as a student.

“Almost every single prof I’ve had has been phenomenal and has worked with me. Yorkville’s Registrar has been awesome, and so has Paul [Graham] the librarian,” she said. “Every person with learning challenges has to remember that you might hit one obstacle and you might find one person that doesn’t get it, but you’ll find fifty people that do get it, and that’s a lot more than I got when I was at university the first time.”

Remple’s goal is to become a therapist working with victims of sexual trauma and abuse, specifically those who have been involved in human trafficking.

“Ultimately, I want to inspire others. People like me with learning challenges—we have to be great investigators, great researchers.  It can be exhausting, but I hope my story will be inspiring not just for students with different abilities, but for everyone.  I have faith, and I trust my own skills.  There is no one else like! I don’t mind being a trailblazer.” 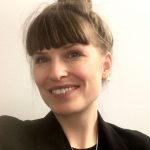 Written by Yolande Clark. Originally from BC and now living in Fredericton, N.B., Yolande is Yorkville University’s Alumni Relations Officer. She loves to write and to share stories about Yorkville’s talented graduates. You can reach Yolande at [email protected]